“The Office of Compliance (OC) in the Center for Devices and Radiological Health (CDRH) reviewed your website, http://www.depuyorthopaedics.com. for the TruMatch™ Personalized Solutions System and the Corail® Hip System.”

Read the Warning Letter to DePuy

UPDATE: J&J is not the only company in hot water with FDA for marketing. Forest Laboratories has agreed to a $300 Million settlement for the following: “Forest Pharmaceuticals, Inc. entered into a plea agreement in which the company accepted responsibility for criminal actions including distribution of an unapproved new drug, distribution of a misbranded drug, and obstruction of an FDA inspection.”

On The Blogroll: Again, I would like to highlight some of the blogs found on the blogroll to the right. This blog focuses on public health, The Pump Handle.

Save The Date: On 4-5 November 2010 the Pacific Regional Chapter of the Society for Quality Assurance (PRCSQA) and the Organization of Regulatory and Clinical Associates (ORCA), a Pacific Northwest based organization, will co-sponsor a Fall Training on regulatory compliance topics in Seattle, WA.

The PRCSQA LinkedIn Group will update the agenda for the training. PRCSQA Fall Training workshops have traditionally been “at cost” and are an affordable training opportunity. The sessions will cover both GCPs and GLPs with speakers lined up on vendor management, quality systems, and GLP updates.

As clinical trial professionals try to comply with FDA requirements on electronic records there are a number of documents that are referred to that are hard to find. One is the Compliance Policy Guide # 7150.13 referred to in the definitions section of FDA Guidance Document: Computerized Systems Used in Clinical Investigations (May 2007). It is referenced in the description of “Original Data.” FDA states: “FDA is allowing original documents and the original data recorded on those documents to be replaced by copies provided the copies are identical and have been verified as such.” FDA also has a definition of “Certified Copies” in the same guidance document.

Here are some links that will be of use in researching original data and certified copies:

Read the Final Guidance from the European Medicines Agency on Electronic Data Capture:

There is a Draft Guidance on Electronic Source Documentation in Clinical Investigations. The comment period is for 90 day (April 4, 2011 ?)

There is a new Final Rule on required elements of Informed Consent. You can read the Federal Register Announcement here that includes FDA comments in the preamble. The exact change in 21 CFR Part 50 is:

In a detailed analysis in Fortune Magazine’s online edition, Johnson & Johnson’s quality control problems are outlined by Fortune reporter Mina Kimes. The article describes the problems J&J faced with the acquisition of Pfizer’s consumer health care unit and the changes in J&J’s McNeil Laboratories over-the-counter subsidiary when Pfizer’s unit was rolled into McNeil. “Over 10 years it became a completely different company,” a former McNeil employee is quoted by Fortune. Quality control fell by the wayside as McNeil was moved from J&J’s pharmaceutical division to the consumer products division.

Lax standards led to McNeil receiving a lengthy Form FDA 483, Inspectional Observations, in 2004 as problems continued to mount. Aggressive cost cutting led to the quality control headaches and the department’s lack of effectiveness. According to the Fortune article:

“There were no wholesale layoffs in quality control. Instead experienced staffers were repeatedly laid off and replaced with newbies who mostly lacked technical pharmaceutical experience.”

The downward spiral led to J&J’s current problems with recalls and appearances before Congressional committees. The Fortune article includes a video where J&J CEO Bill Weldon apologizes for the quality control failures. It looks like J&J’s QC headaches are not going to go away in the immediate future. Maintaing quality standards takes a consistent approach that the company has let fall by the wayside. The article also shows how mergers and acquisitions in the pharmaceutical industry can lead to a lot more than increased profits.

Update: Johnson and Johnson is getting negative quality control press once again. This time it’s from Hong Kong where residents are returning disposable contact lenses manufactured in Ireland. The product, 1-Day Acuvue TruEye, is being recalled after reports of stinging and pain after insertion of the lenses. J&J has called it “an isolated issue.” It is J&J’s 9th recall this year.

Read the report from Beijing

Another UPDATE: The 27 August NY Times reports the recall of J&J subsidiary DePuy’s hip replacement. The article, by Natasha Singer, discusses the quality control headaches that continue to mount at J&J:

“No. 1, is there a systemic issue at J.& J.?” said Rick Wise, an analyst at Leerink Swann, a health care investment bank. “No. 2, is this” hip implant recall “reflective of that systemic issue? And, No. 3, is there more to come?” 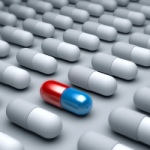 (Original Post- UPDATE Below) The Food and Drug Administration proposed to withdraw approval of a drug treatment for low blood pressure. The drug is marketed as ProAmatine by Shire Development Inc. and as a generic by others called midodrine hydrochloride. FDA stated that “required post-approval studies that verify the clinical benefit of the drug have not been done.” This proposal takes place shortly after the Avandia advisory committee meeting sharply questioned the Phase IV study conducted by GlaxoSmithKline (GSK) called the Record study. It indicates that FDA is taking postmarketing studies much more seriously, both for safety and effectiveness. In a 2009 report by the Government Accountability Office (GAO) FDA was sharply criticized because of the number of postmarketing, or Phase IV, studies that had not been completed by the sponsors or had not been reviewed by FDA. THE GAO report said that FDA had never withdrawn a drug due to the failure to produce postmarket information. Now it looks like FDA will for the first time.

“We’ve worked continuously with the drug companies to obtain additional data showing the drug’s clinical benefits to patients,” said Norman Stockbridge, M.D., director of the Division of Cardiovascular and Renal Drugs in the FDA’s Center for Drug Evaluation and Research. “Since the companies have not been able to provide evidence to confirm the drug’s benefit, the FDA is pursuing a withdrawal of the product.”

Midodrine hydrochloride was originally approved in 1996 with a fast track approval for drugs that treat serious or life-threatening conditions. The condition, orthostatic hypotension, can cause people to feel dizzy or feint when standing up due to the inability to maintain blood pressure in an upright position. FDA issued a Proposal to Withdraw Marketing Approval and Notice of Opportunity for a Hearing to the companies that manufacture midodrine hydrochloride citing the failure to provide Phase IV clinical studies since that approval. After 14 years, FDA wants documentation that the drug works for the labeled indication. FDA;s current leadership is showing that they can read a GAO report, something that many of their predecessors didn’t. The companies marketing midodrine hydrochloride have the opportunity to request a hearing to contest FDA’s proposed market withdrawal.

UPDATE: 4 September 2010: The New York Times in a report by Gardiner Harris, reports that FDA returns midodrine to the market due to patient concerns. There are no alternative therapies to midodrine.

GxP Perspectives: From the viewpoint of this blog, it is the responsibility of sponsors to supply FDA with required postmarket data to support their applications. I certainly want patients to have access to necessary therapies. However, I do not want FDA approving drugs using anecdotal evidence. This defeats the concept of “adequate and well-controlled trials.” Drug companies should follow through on their commitments to run Phase IV trials and submit reliable data to FDA.

UPDATE: 28 August 2010- Patient Perspective: Please read the comments for a different viewpoint, that of the mother of a patient with orthostatic hypotension (the 3rd comment). You can read about this in the blog: Suzanne’s World

In news from GxP Perspectives: Read the updated article on the Form FDA 1572 in

Special Notice: The Blog was published in the Journal of Diabetes Science & Technology on the topic of Supervisory Responsibilities of Investigators with my colleagues Ann Berenbaum and Patti Young.

The Trial Master File (TMF) Reference Model was presented to the annual meeting of the Drug Information Association (DIA) in Washington, DC in June. There has been a lot of confusion lately as different regulatory agencies have enforced clinical trial TMF requirements in different ways. The TMF Reference Model was developed by the DIA Document and Records Management TMF Reference Model Working Group and at least one major regulatory agency is taking a close look. The Reference Model utilizes Section 8 of the ICH GCP Guideline (E6) Essential Documents as the core “artifacts” for the TMF. They also have recommended artifacts. As sponsors move from paper to electronic and as TMFs become more complex, it is hoped that the reference model can help determine what documents are necessary to satisfy regulatory requirements for clinical trial documentation.

At the Avandia Advisory Committee meeting FDA discussed the TMF publicly for the first time that I am aware of with regards to a sponsor inspection. Anecdotally I know that FDA field investigators are now auditing the TMF. Sponsors and CROs need to review their TMF procedures and document control if they expect FDA to feel that data integrity is a component of their application. Hopefully, the Reference Model developed by DIA will help.

There is a LInkedIn group that discusses the reference model that can be found at:

Please join your industry colleagues in completing the 2012 TMF Reference Model Survey, and use results to inform your TMF best practices.

This fifteen minute survey is designed by members of the TMF Reference Model team to provide valuable insight into Trial Master File practices, both paper and electronic, to identify common problem areas, assess changes in practice and reveal opportunities for improvement. All respondents who complete the survey and provide contact information will be provided with the survey results.

There is a Draft Guidance on Electronic Source Documentation in Clinical Investigations. The comment period is for 90 day (April 4, 2011 ?)

There is a new Final Rule on required elements of Informed Consent. You can read the Federal Register Announcement here that includes FDA comments in the preamble. The exact change in 21 CFR Part 50 is:

Read the Final Guidance from the European Medicines Agency on Electronic Data Capture:

ALSO: Please join me at:

The Nose Knows for Seafood Safety

Can FDA Smell a
Rotten Fish?

FDA has stated that some seafood from the Gulf of Mexico is safe to eat after the disastrous BP oil spill. Among the methods they use is the “sniff test” by an FDA organoleptic specialist’s nose to assess if seafood is safe to eat. Skeptics abound regarding a seafood safety expert sniffing fish. However, I can assure you that “the nose knows.” The one FDA course that I outright flunked during my 17 years at the Agency was the organoleptic analysis course for seafood safety. It was an entire week of constantly smelling fish. Those of us who flunked out went our separate ways from those who were equipped with a nose that knows. “Old man L.L.” was an excellent organoleptic specialist in the San Francisco District Laboratory when I worked there. The FDA’s organoleptic specialists really know their business. And their business is to use their nose to sniff fish to detect adulteration. They are highly trained and do it very well. And if I hadn’t flunked fish sniffing I might actually be doing it there with them. Read NPR’s interesting interview:

And FDA’s take on it all:

ALSO: Please join me at: